After a heavy stint of doing PCB layout recently, I ended up with a badly strained right hand. So, I came up with a DIY setup which helped me so much to alleviate the strain I was experiencing.

Step one was to replace my classic-shaped mouse with an Anker ergonomic mouse. I also realized that my strain was mostly due to the clicking action itself, which requires more muscle usage compared to simply dragging the mouse around. So, I split the clicking and dragging between my two hands. I now use my right hand mostly to just drag the cursor around: 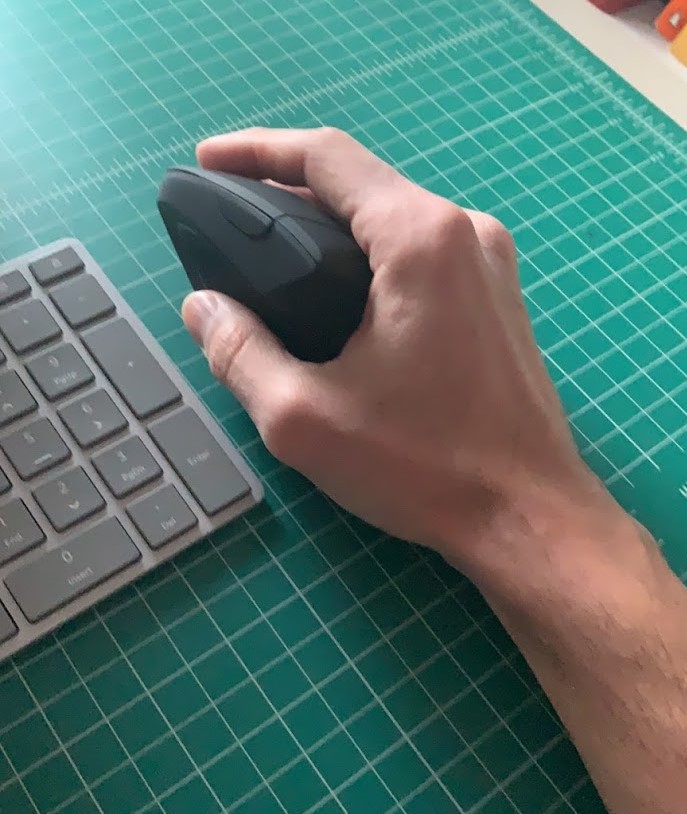 Me holding Anker’s ergonomic mouse with my right hand.

Meanwhile, my left hand sits on top of an Xbox controller which has its buttons programmed to act as mouse buttons. Meaning that, pressing X triggers a left mouse click and pressing B triggers a right mouse click. 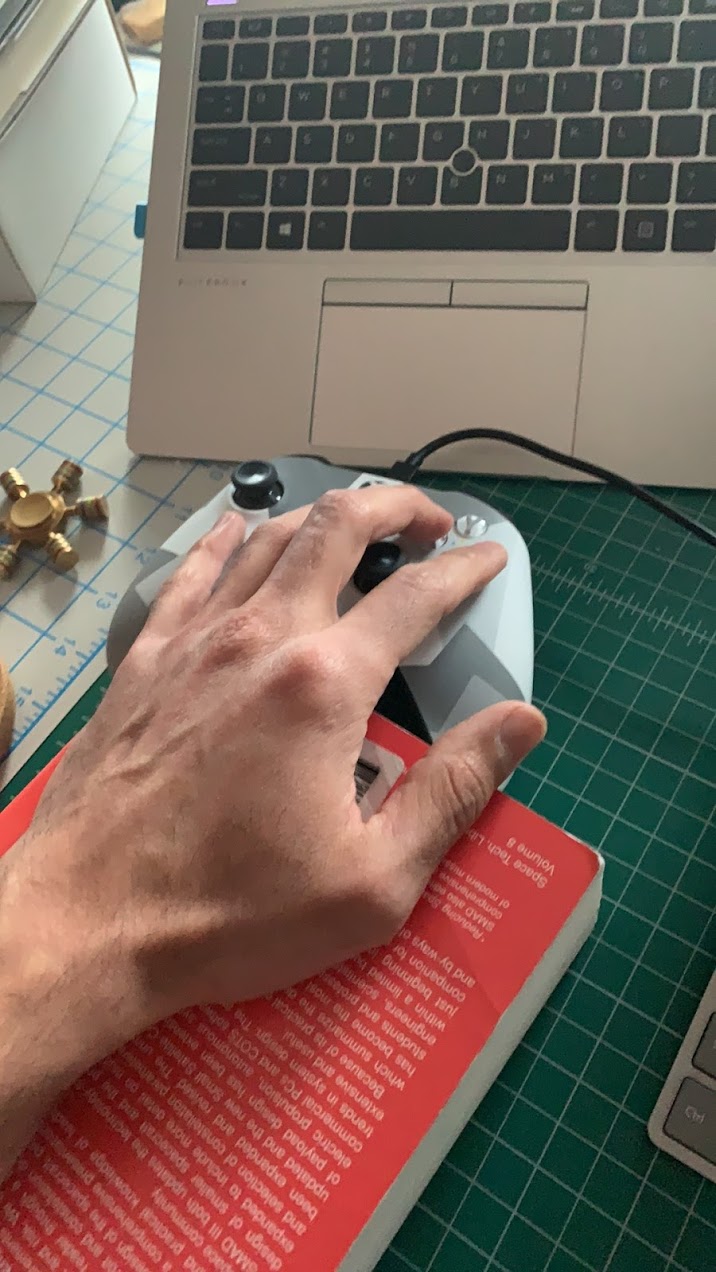 I used Controller Companion to program the Xbox controller. Controller Companion works really well with no input lag. I also programmed some keyboard keys. For example, the start button is “e”, which is the properties window hotkey in KiCad, the PCB layout software that I am using. The right analog stick is assigned as a mouse scroll. 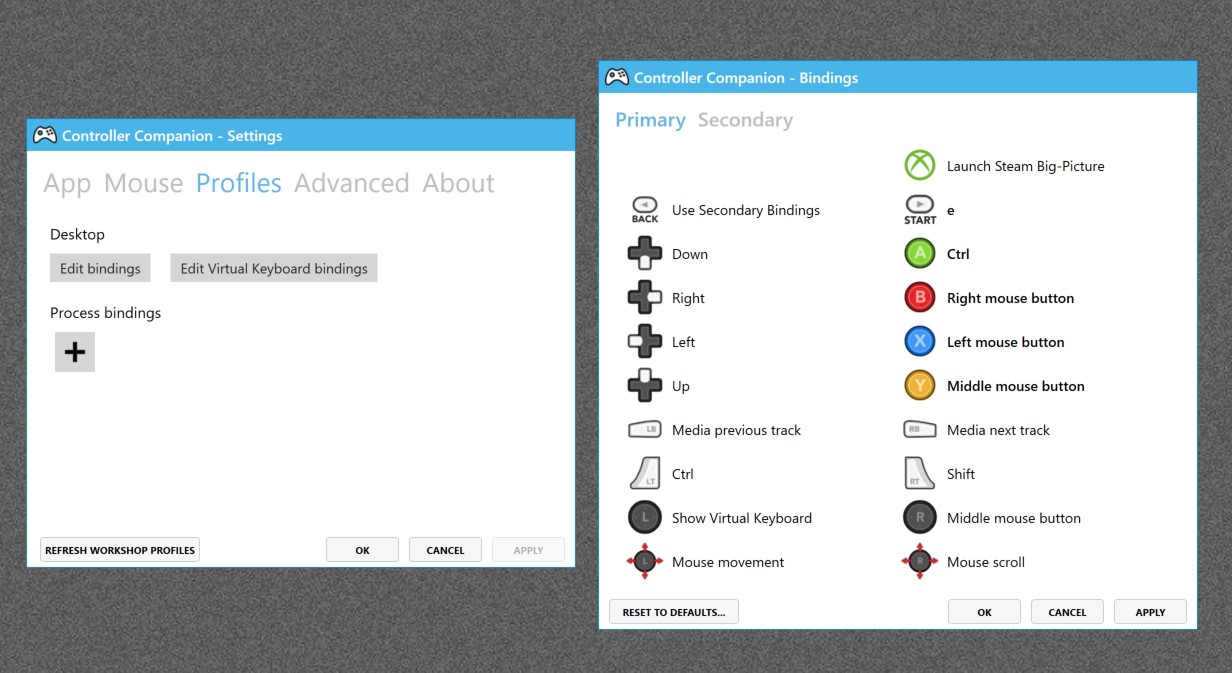 This setup feels a bit awkward at first, but I found myself getting used to it really quickly!